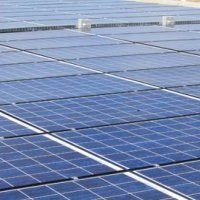 Information from Western Australia’s  Independent Market Operator (IMO) shows solar is having a marked impact in the state – and will continue to do so.

In a recent report, the IMO says solar power systems in the state’s South West Interconnected System (SWIS) are getting bigger and becoming more widespread. The prevalence of solar is also shifting peak demand to later in the day.

Additionally, solar is significantly reducing peak demand in Perth and elsewhere in the state. On January 5, 2015, peak demand hit 3,744 megawatts. The IMO says demand without solar would have reached an estimated 3,931 megawatts. The effect will only become more pronounced in the years ahead – solar PV is forecast to reduce peak demand by 379 MW in 2024-25; more than double this year’s level.

According to Energy Matters, a good quality 4kW solar panel system installed in Perth can provide a financial benefit of between $1,646 and $1,782 a year; depending on installation scenario and electricity consumption profile.

The IMO acknowledges solar panels are also becoming financially viable for commercial customers. They have been for a while – very viable. For example, companies can go solar with zero up-front costs in some cases through commercial solar PPA (Power Purchase Agreement) and solar lease arrangements.

The IMO also states while it will be some time for electric vehicles significant use in the SWIS, the financial viability of battery storage may occur quite soon and points to the Tesla Powerwall as a contender.

The IMO’s latest Electricity Statement of Opportunities can be viewed in full here (PDF).