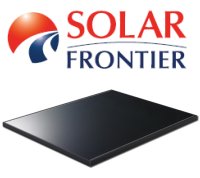 One of the largest net zero energy buildings in the world, the ZEN project will see a 2.4MW solar power station constructed. The ZEN building will be “living laboratory” for renewable energy and energy efficiency technologies.

“The ZEN building will serve as a platform to demonstrate how leading-edge, clean-tech systems enable greater energy savings in buildings. For this pioneering effort we have selected Solar Frontier’s CIS modules as one of the technologies to help get us there,” said Dr. Pradeep Haldar, Vice President of Entrepreneurship Innovation and Clean Energy Programs at CNSE.

Solar Frontier says its CIS (copper, indium, selenium) modules have a number of  benefits in urban environments; such as a higher shading tolerance and anti-glare properties. The modules also offer one of the highest conversion efficiencies of any commercially-produced thin-film panel on the market and have an energy payback time of one year.

In other recent Solar Frontier news, the company announced it had started construction on a 15MW solar power plant located on a former golf course in Nakagawa, Tochigi Prefecture, Japan. The project will use 120,000 x 165W Solar Frontier panels and mark the first time small inverters (20kW capacity) have been used in an extra high voltage megasolar facility in Japan.

Solar Frontier is the world’s largest manufacturer of CIS  thin-film solar panels and has been developing its CIS technology for over 20 years. The company is currently constructing a 150 MW manufacturing facility in Tohoku, Japan which it says will help drive down the costs of its panels further. The 13.0 billion yen (approximately AUD $135 million) Tohoku Plant is scheduled to begin commercial operations in March 2015.