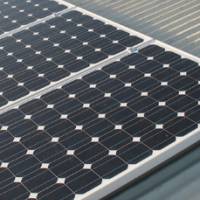 An Australian environmental group is calling on state and federal governments to support solar panel recycling as older panels reach the end of their life cycle.

In 2018 Australia’s environment ministers agreed to fast-track new recycling schemes to manage solar panels across their entire life cycle, according to the Sydney Morning Herald.

However, the Total Environment Centre (TEC) says red tape is holding the process up. It says solar PV panels still end up in landfill, and Australia needs a safe and eco-friendly recycling plan.

However, according to TEC director Jeff Angel, they contain hazardous substances that can cause pollution at landfill sites. Their main components are glass, polymer and aluminium; however they also contain lead, copper and zinc.

Simple and effective recycling strategies are urgently needed because more than 2 million households now boast solar installations. Angel says this will create a solar panel pile-up in coming years if not addressed.

Most solar panels have a lifetime of up to 30 years. This means first-generation solar panels from the 1990s are approaching the end of their useful lives.

Co-founder Clive Fleming says demand for recycling will be steady over the next 15 years. Demand will then soar as vast numbers of PV panels are decommissioned.

The Australian Council of Recycling wants a national program to recycle PV panels and solar batteries. It says similar programs for computers, televisions and mobile phones have been successful.

In the meantime, Sustainability Victoria is examining options for solar panel recycling processing.