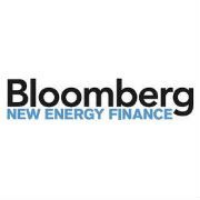 Electricity demand to feed a rapidly increasing use of air conditioners in emerging economies will almost double by 2050, a new report shows.

However, the report also shows that solar panels can meet a substantial amount of this extra demand. Battery use will also facilitate cost effective air conditioning in the night time.

Why solar installations are perfect for air conditioners

Renewable growth helps offset an expected 93 per cent increase in electricity demand for air-conditioners in developing economies. This is due to population growth, rising incomes and falling appliance costs.

Yet solar panels have a particular advantage when it comes to powering air conditioners. That’s because maximum cooling is needed in the heat of the day, when the sun shines most brightly.

As a result, countries with highest demand for air-conditioning will begin to experience different peak times. These will move from the cooler evenings to mid-afternoon, when solar power systems generate optimum energy.

Storage batteries will also transform energy markets as we reach the middle of the century, BNEF suggests.

BNEF expects the market for small-scale batteries to grow five-fold. As a result the market will increase from $2.1 billion to $10.7 billion in 2050.

BNEF also says solar batteries – like Tesla Powerwall 2 and Enphase – will be used increasingly by households as virtual power plants.

Batteries will facilitate cost effective use of air conditioners in the evening, when the sun isn’t shining and direct solar power is not possible.

By 2030, new wind and solar installations will be cheaper than running existing coal and gas plants almost everywhere. China will reach this tipping point for coal sooner, around 2027.

The report notes that Australia’s power system is fast becoming the most decentralised in the world. That’s because domestic solar panels and behind-the-meter batteries are on track to make up 38 per cent of all power capacity by 2050.

Almost all Australian carbon-emitting, coal-fired generators will be retired by then, BNEF adds.  Because of this, damaging emissions will fall by around 83 per cent.