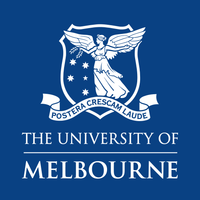 The University of Melbourne’s College of Climate and Energy claims it’s the first time ever that renewable energy sources have beaten brown coal in supplying electricity.

The clean energy mix was a combination of hydroelectricity, wind and utility-scale solar power, data reveals. Yet customers will have to wait a while for price relief as wholesale energy prices also rose in 2018.

Brown coal generation fell by 13 per cent (1,248 gigawatt hours) in the second quarter of 2019 compared with the same period last year. That’s the lowest level of generation since 1993.

Meanwhile, wholesale power prices rose between March and June this year. They reached an average of $91.62 against $85.52 in the second quarter of 2018.

This week’s GEM Renewable Energy Index report shows NSW needs to do the most work. The state must add at least 5,000 MW of clean energy by 2030 to meet its target of net zero emissions from the power sector by 2050.

Victoria, Australia’s brown coal capital, also needs to add 2,000 MW of green energy projects to reach its goal of 50 per cent renewables by 2030.

Hydro generation has also struggled over the last 12 months. According to University of Melbourne energy researcher Dylan McConnell, hydroelectric power plants have produced less energy because of drought conditions.

At the end of last year, 14.6 GW of new wind and solar energy projects were under way across the nation.

According to the Australia Bureau of Statistics, construction activity in utility-scale and rooftop solar installations now makes up 94 per cent of the increase in clean energy industry employment.