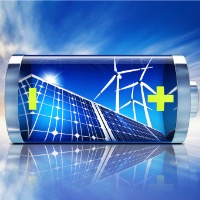 Two major power providers have announced plans to add solar, storage and gas infrastructure. These are PNM in the Western US state of New Mexico and the TVA in the Southern state of Tennessee.

It’s part of a gradual move by American energy firms from coal power towards renewables and grid-level energy storage.

The companies behind the energy storage technology shift

US power providers announce big plans for solar and storage as shift from coal gets underway. Image: TVA

New Mexico power utility PNM made this link directly in its application to the public regulator. It has applied for the “abandonment” of its ageing San Juan coal power station in June 2022.

In its place the company will install 280MW of gas peaker plants, 350MW of solar and 130MW of energy storage technology. This, says PNM, would ultimately save customers around US$7.11 a month on energy bills in 2023. It would also create one of the largest combined solar and battery storage facilities in America.

Meanwhile, the Tennessee Valley Authority’s latest Integrated Resource Plan calls for a massive 14 gigawatts of solar and 5 gigawatts of energy storage over the next 20 years.

TVA has projected the closure of two coal-fired plants by 2023 and is considering shuttering a further 2,200MW of coal capacity. The company has no plans to add more baseload (coal) power to its energy fleet, and will instead roll out up to 17 GW of gas-fired generation to shore up growing demand and smooth instability from solar power.

The vital role of energy storage technology in providing grid stability was illustrated in a report last year by the Australian Energy Market Commission.

The report explained that electricity grids require energy to flow at a steady frequency – 50Hz, in Australia’s case. Coal-fired turbines, due to their size and inertia, provide this frequency control. Solar and wind, being weather dependent, cannot.

That’s where energy storage on a large scale comes in. Battery storage is able to smooth the dips and troughs in supply as coal-fired plants are decommissioned and wind and solar take over, the report found. Batteries can also send power to the grid should frequency dip below the required 50 Hz.

In this way, integrated solar energy storage technology can substitute the frequency control offered by the mechanical frequency of coal turbines.