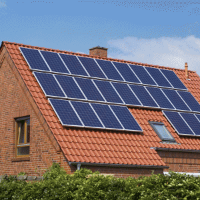 Americans are embracing solar as never before – and the booming solar power movement in the United States is a pure expression of the nation’s founding philosophy.

“Freedom Photons” help everyday Americans free themselves from the monopoly of powerful electricity generators by allowing them to create clean, cost-effective renewable energy as individuals.

John Weaver offered his thoughts to pv magazine as the US celebrated its independence day on July 4.

The Statue of Liberty reflects the values of a free USA – and so does solar power, it’s claimed.

In fact Weaver relates the significance of solar panels to the nature of civilisation itself.

Just as single electrons belong to a larger wave of electrons, so individuals are part of a broader society, he writes. A single solar panel system works as part of a wider solar network feeding into the grid – just as people contribute to the greater good through their life and work.

Weaver insists the virtual power plant idea reflects the growth of nations. The “fortress” of each home stands independently, powered by solar energy. Yet it’s also part of a collective solar network selling energy back to the grid.

According to the Solar Energy Industries Association, the booming solar power industry in the USA is breaking records.

In the first three months of 2019, the US installed 2.7 GW of solar power. This is the most solar ever installed in a first quarter.

Solar power on the march in Australia too

The US booming solar power phenomenon reflects the uptake of solar power in Australia where more than two million households now have rooftop solar installations.

Smart homeowners are also adding solar batteries like Tesla Powerwall 2 or Enphase. As a result, they can use their stored solar energy overnight and at peak times.

Australians, like Americans, value the independence and zero emissions offered by solar panels. Yet they also know solar panels are the best way to slash their electricity bills.