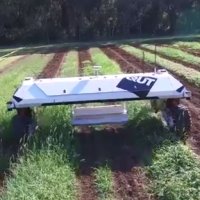 This Australian battery and solar-powered agricultural robot could help farmers save a bundle in the ongoing war against weeds – a battle that costs the sector $1.3 billion dollars a year.

Designed by Queensland University of Technology (QUT) with funding support from the Queensland Government, Agbot II uses myriad sensors, software and other electronics to make its way through a field while detecting, accurately classifying and destroying weeds. Weed destruction is carried out via chemicals applied with pinpoint accuracy, reducing waste, or through a mechanical hoe.

Mechanical removal is used on weed species that have become herbicide resistant; a growing challenge for farmers.

QUT says the robot can reduce the costs of weeding crops by around 90 per cent.

The tech is reminiscent of Terminator robots and the vision system operates with 99% accuracy on the three weed types it is currently programmed to seek and destroy  – hasta la sow thistle, baby. 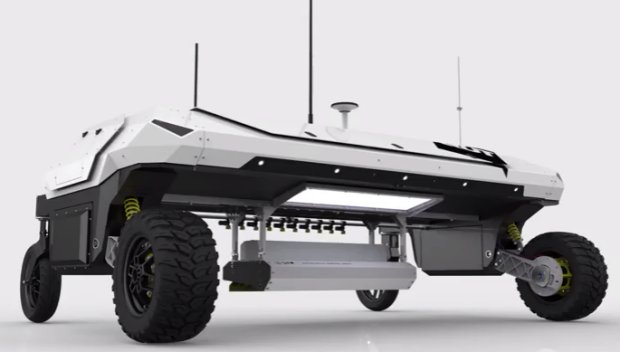 Adding to Agbot II’s green street cred is that it’s electric, with a battery pack recharged by solar panels installed at its charging pod. A lightweight tool (600kg) compared to a tractor, Agbot will help reduce soil compaction and enables faster deployment after rain.

The robot, which measures 3 metres wide, 2 metres long and 1.4 metres high, can work fully autonomously and can be controlled via a computer, tablet or phone app.

Agbot II isn’t just about weed destruction, it can also be programmed to apply fertiliser.

“In future versions, the robots could also feed back data on such things as soil and crop health and the state of diseases as they conduct their operations,” says Professor Tristan Perez. “This would enable better management decisions driven by paddock specific real-time information.”

Agbot II was demonstrated to farmers and Minister for Agriculture and Fisheries, Leanne Donaldson, last week and feedback has been positive. The Department has invested $3 million in the project.

The QUT team is currently investigating commercialisation with potential partners and hopes to be able to make Agbot II available to farmers soon.