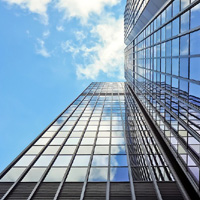 Scientists at Princeton University have created solar-powered smart windows that control how much light gets into a building.

The smart windows control the tint of the glazing, saving up to 40 per cent in an average building’s energy costs.

According to researchers, the technology is inexpensive and easy to apply to existing windows.

“We wanted the smart window to dynamically control the amount of natural light and heat that can come inside, saving on energy cost and making the space more comfortable,” Dr Loo said. 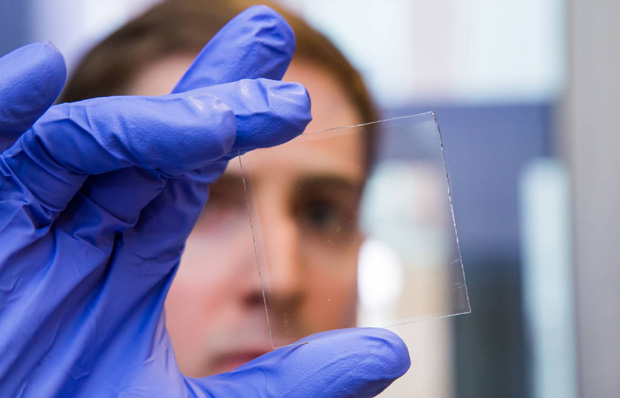 “This new technology is actually smart management of the entire spectrum of sunlight.”

Because near-UV light is invisible to the human eye, the researchers set out to harness it for the electrical energy needed to activate the tinting technology.

According to Dr Loo, using near-UV light to power the windows means the solar cells are transparent.

“[They] occupy the same footprint as the window without competing for the same spectral range or imposing aesthetic constraints,” Dr Loo explained.

“Typical solar cells made of silicon are black because they absorb all visible light and some infrared heat,” Dr Loo said. “So those would be unsuitable for this application.”

Researchers used organic semiconductors called contorted hexabenzocoronene (cHBC) derivatives to make the solar cells. Its chemical structure can be modified to absorb a narrow range of wavelengths – in this case, near-UV light.

These semiconductor molecules are deposited as thin films on glass. When the solar cell is operational, sunlight excites the semiconductors to produce electricity.

Researchers made a smart window consisting of electrochromic polymers. These control the glass’s tint, and can be operated solely using power produced by the solar cell.

When near-UV sun light generates a charge in the solar cell, that triggers a reaction in the electrochromic window. The window then changes from clear to dark blue. When darkened, the window can block more than 80 per cent of light.