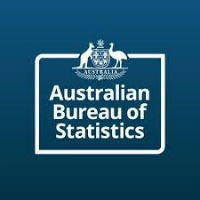 Renewable jobs are growing across Australia with jobs in the solar sector growing fastest.

Yesterday’s figures from the Australian Bureau of Statistics (ABS) show the highest level of estimated full-time equivalent (FTE) employment in renewable energy since 2011-12. 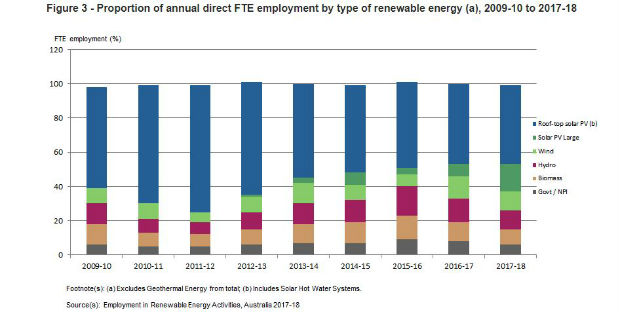 Renewable energy employment is on the rise – and solar energy takes the lion’s share. Image: ABS

The latest increase has been driven by the continuing solar boom, ABS figures show.

A surge in construction of large-scale solar power systems and farms saw an extra 1,950 FET jobs created between 2017 and 2018. Booming rooftop solar brought in an extra 1,720 FTE jobs. In fact, rooftop solar has been the single biggest contributor to growth in every year of published ABS figures.

Rooftop solar therefore remains the largest FTE employer in the renewable sector. It represents 8,240 FTE renewable jobs or 46 per cent of total FTE employment in 2017-18.

According to ABS figures, large-scale solar energy projects saw the biggest increase in FTE employment in the renewable sector between 2016-17 and 2017-18.

Renewable jobs: How the states stack up

Clean Energy Regulator (CER) data reveals more than 2 million rooftop solar installations in Australia at the end of 2018. This makes up 24 per cent of suitable private dwellings with more people seeking solar quotes.

All states reported an increase in renewable jobs as expressed in FTE employment between 2016 and 2018. However, the ACT and Northern Territory both showed slight declines.