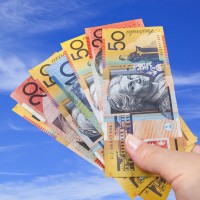 There are now less than 11 weeks before a series of reductions to Australia’s major home and commercial solar power subsidy begin.

Under the Solar Credits scheme, a qualifying* solar power system is accompanied by small-scale technology certificates (STCs – previously known as RECs), which have a value.

By assigning these STC’s to an installation company, a point-of-sale discount is provided that can reduce the cost of solar power systems by thousands of dollars.

The number of small-scale technology certificates assigned to a system is based on its size, installation location and the amount of electricity generated over what’s called the “deeming period”.

The deeming period is currently 15 years – which takes us to the end of the Renewable Energy Target in 2030.

However, when the calendar ticks over to January 1, 2017, the deeming period will be reduced to 14 years; reducing the number of STC’s by approximately 6.5%. In the following years, it will continue to reduce.

Here’s a formula for calculating STC’s:

In the example of a system comprising 4kW of solar panels in Perth (Zone 3, Rating 1.382), currently it would be entitled to 82 STC’s. After January 1, that will drop to 77 and then continue to drop in the following years.

The value of STC’s fluctuates according to market conditions. Currently, the spot value of a single STC is approximately $38. So, assuming the STC value remains static, the subsidy will drop by around $190 from January 1.

That $190 would be better in your pocket; or perhaps going toward adding solar batteries in order to get the most from a system.

As mentioned, supply and demand dictate the value of an STC. The current $38 value is historically quite high compared to some other periods. In 2010, STC value plummeted to under $28.

In addition to the reduced deeming period, it’s another reason to consider going solar now – in order to take advantage of the comparatively high STC value.

*A system must be eligible in order to receive STC’s; this includes it meeting Australian and New Zealand standards and sourced/installed via a Clean Energy Council accredited designer and installer.