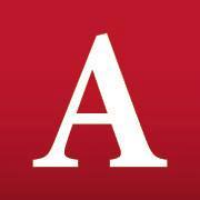 The Advertiser
More than 8 in 10 South Australians want increased SA solar farm investment, a survey shows. And 64 per cent say solar panel installation should be compulsory on newly constructed homes.
The pro-solar vote was subsequently revealed in the annual Sunday Mail Your Say SA survey. More than 4,000 people took part in the study.

The results are also a wake-up call for local politicians as South Australia gears up for a state election in March 2018.

The 2018 state election is seen as one of the most critical in South Australia’s recent history.

Solar farms are on the wish-list for South Australians, according to a new poll.

Backing for solar systems and renewable energy will also be an important factor when SA voters head to the autumn polls.

The Your Say SA survey shows:

SA Labor Premier Jay Weatherill will face stiff competition from the Liberals as well as the Nick Xenophon Party.

Nick Xenophon is regarded as SA’s most trusted political leader by 49 per cent of those polled.

After a majority Liberal government, a minority Liberal/Xenophon Government is seen as the best possible outcome.

South Australia is home to two of Australia’s most significant renewable projects.

The world’s largest lithium-ion storage battery is now up and running in Jamestown, South Australia. Clean Energy Council accredited members Tesla and Neoen are behind the project.

And a 150-megawatt solar thermal power plant worth $650 million will start construction in South Australia next year.

According to Mr Weatherill, the Aurora Solar Energy Project is the biggest of its kind in the world.

The project will therefore deliver more than 700 jobs with ongoing requirements for local workers.