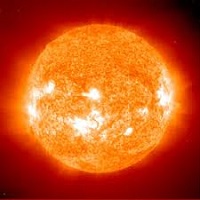 A Chinese organisation has unveiled plans to build a space station to capture solar energy and beam it directly back to Earth.

The space solar station could harvest a limitless supply of solar power, since its solar panels would be unaffected by Earth’s atmosphere.

Additionally, an orbital solar plant could provide 24/7 clean energy, because in space, the sun never sets. Scientists estimate it could supply energy 99 per cent of the time – at six times the intensity of terrestrial solar farms.

Construction of an early experimental space power plant has begun in the inland city of Chongqing, according to the Sydney Morning Herald.

China’s Academy of Space Technology (CAST) intends to build and launch several small test solar stations by 2025. After that, scientists will ready a megawatt-level space plant, to begin construction in 2030.

Once the space solar plant is in orbit, how do you get the energy back to Earth? That’s one of the many technical barriers to space-based solar power generation. Right now, scientists behind the project intend to capture solar energy and beam it to a facility on Earth in the form of microwaves or lasers.

Work has already begun on tests of ultra-high voltage power transmission and wireless energy networks, according to the SMH. There’s also concern that a concentrated beam of radiation could wreak havoc on the planet’s ecology. This issue would need to be studied, say researchers.

Another challenge is the weight of the station. At an estimated 1,000 tonnes, it’s more than double the weight of the International Space Station. While China has made great strides in the space race, launching such a heavy payload  could defeat its capabilities.

It might be simpler for an orbital factory using robots and 3D printers to build the power plant in space.

Solar power from space – the next frontier

CAST is optimistic about the project. Chinese media quoted vice-president Li Ming as saying China would be the first to build a space solar power station with practical value.

All going well, the project will expand to gigawatt-level stations out to 2050. Aside from transmitting solar energy to Earth and avoiding the need for fossil fuels, the project could also supply energy to China’s deep space exploration missions.