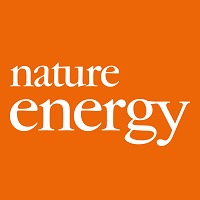 Since 2007, solar and wind power have prevented the premature deaths of up to 12,700 people in the US.

That’s according to a study into the health benefits of renewables on the American energy sector, published in Nature Energy.

Solar and wind power provide air quality and climate benefits by reducing the need to generate electricity through fossil fuels.

The rapid expansion of these clean technologies has led to steep cuts in harmful air pollutants and carbon emissions. 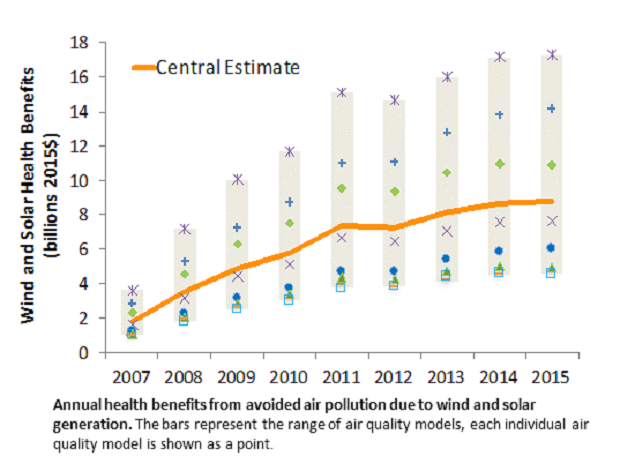 These emissions reductions helped avoid the premature deaths of between 7,000 and 12,700 people since 2007. This saved the American health system $56 -113 billion, the study found.

In addition, solar and wind power saved the economy up to $107 billion in avoided CO2 emissions over the reporting period.

Three thousand Australians die each year from exposure to airborne particulates and pollution. A 2016 Australian State of the Environment report found this added to an equivalent 28,000 years’ lives lost.

It found health costs from mortality alone were estimated to be in the order of $11–24 billion per year.

Heart disease, stroke and lung cancer were the chief causes of death due to air pollution.

Better pollution controls and replacement of emissions-intensive systems could avoid health costs by up to $1.7 billion, the report stated.

There was world consensus, the report claimed, that urgent action was required to reduce the health burden of pollution-related disease.

It stated: “In other words, the new evidence no longer supports the notion that there is a safe level for pollutant concentrations.”