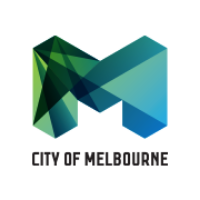 The Sustainable Melbourne Fund (SMF) has partnered with Bank Australia to help business and agriculture across the nation ‘go green’.

The $200 million joint venture will assist commercial and agricultural enterprises anywhere in Australia to invest in sustainable infrastructure. Contrary to the name, SMF does not restrict its activities to Melbourne.

Meanwhile, Bank Australia is the nation’s first bank to achieve 100 per cent renewable electricity. The green-credentialed bank reached its target this month via rooftop solar panels and a wind power purchase agreement.

Melbourne City Council created the Sustainable Melbourne Fund in 2002 to progress sustainable development in greater Melbourne. To date it has invested millions of dollars in green projects and provided loans up to $500,000 for individual eco-friendly ventures.

Now the SAF will offer fixed-interest loans for up to 20-year terms in council areas offering environmental upgrade agreements (EUA). These are created through state-based legislative changes to the Local Government Act.

Once an EUA is in place, the commercial property owner can apply for a discounted loan. This can be used to buy solar power or boost energy and water efficiency for instance.

As a result, 32 councils in Victoria have made the required legislative changes – along with six in NSW and four in South Australia.

According to Scott Bocskay, farmers are applying for solar battery loans in increasing numbers. That’s because margins are low and power outages are frequent in agricultural enterprises.

Kevin Minogue owns a dairy farm near Katandra West in Victoria. He used an SMF loan to invest in commercial solar battery storage after a 30-hour outage during peak milking season.

According to the Ag Energy Taskforce 2019 Federal Election Policy, farmers have spent more than $100 million on 417 solar energy projects over the last three years.

This is more than any other single sector. The projects are also larger on average than other sectors, the report claims.