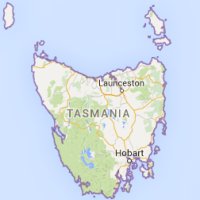 Tasmania’s energy crisis is costing a bundle – and the some of the brunt of the financial impact may be borne by electricity customers.

The crisis began in December last year after the Basslink interconnector failed. The problems have been compounded by low rainfall, impacting on hydro-electric generation.

According to an ABC report, the 100+ diesel generators currently being used to make up the shortfall in electricity generation cost $44 million to lease and $11 million per 100 megawatt hours of generation per month.

The total exact cost to date is unclear. While Hydro Tasmania is updating the Government on a weekly basis, Tasmania’s Treasurer isn’t prepared to reveal those figures at this point in time.

The situation may lead to additional hip pocket pain at the power-point.

“Given that the spot price is above $500 a megawatt hour, I suspect that several months of high prices will mean that there will be a hike in retail prices for Tasmania,” said Liam Wagner, from Griffith University.

According to the latest update on Basslink (PDF), repairs are continuing to progress well and the interconnector remains on track to return to service in June as previously advised. The fault was identified 90.467 km from the Tasmanian coastline.

In addition to the energy woes and cost of addressing it, Tasmanian Greens senator Nick McKim says the use of the generators also represents an environmental crisis; with an emissions equivalent of  156,000 more cars. Given the population of Tasmania is only around 500,000; that’s quite an impact.

There’s also the cost to business to consider in relation to reduced productivity. Bell Bay Aluminium has already cut production by 10 per cent for five months; which is costing it millions in lost revenue.

The situation has renewed calls for increased solar and wind capacity on the Apple Isle, including rooftop PV.

Warning of an over-reliance on hydro-power; U.S. environmentalist Bill McKibben said dryer conditions would become the new normal for Tasmania and it needed to diversify.

“In the future, the main sources of new generation around the world are going to be sun and wind,” he said.

For Tasmanians dreading an electricity price hike resulting from the current situation and potentially more in the future, a good option is going solar. According to Energy Matters, a 4.26kW solar panel system installed in Hobart can provide a financial benefit of $817 – $1,010 a year. Battery systems including Tesla Powerwall are now also available. Home energy storage can help system owners get more from their solar power systems.