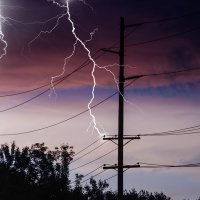 All businesses and households in Tasmania on standing offers face a power price rise of 3.43% from July 1 – but there’s a bit of good news for solar owners.

The Tasmanian Economic Regulator gave its stamp of approval to the electricity price increase on Wednesday.

“The price increase is mainly due to increases in costs associated with the purchase of wholesale electricity primarily due to higher Victorian wholesale contract prices and in complying with the Australian Government’s renewable energy program,” stated the Regulator.

“These increased costs have been partially offset by a decrease in network charges and retail charges, the latter of which are set by the Regulator.”

According to an ABC report, the increase will add around $60 per year for the average residential or small business customer and that the hike is due “almost entirely to a substantial jump in the price of wholesale electricity in Victoria.”

The Regulator also announced the regulated solar feeed-in tariff rate for electricity exported to the grid by standard feed-in tariff customers for 2016/17 is 6.671 c/kWh – an increase of 21% compared to 2015/16.

According to Energy Matters, and based on pre-increase figures, a 5.2kW solar power system installed in Hobart can return a financial benefit of $1,021 – $1,263 a year; depending on installation scenario and electricity consumption profile.

With the recent energy crisis still fresh in mind (and another Basslink outage this week), Tasmanians may also be giving more thought to home battery systems.

Energy Matters offers a solar + battery calculator that can provide a general idea of how much a household or business can reduce mains grid consumption and boost their energy independence.