According to Telstra Exchange, the telco giant has lined up several goals to ensure its greenhouse gas emissions are offset by cleaner energy efforts. 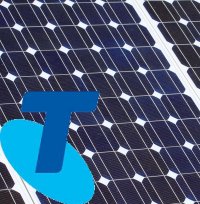 The company noted that in just 12 months, the network grew by 26 per cent, which is now expected to triple by the year 2025. As these connections expand, so too do emissions. Currently, Telstra has admitted that 5.9 petajoules of energy are required to keep Australian consumers connected every year. That’s equivalent to around 1.3 million tonnes of greenhouse gas emissions.

Luckily, a lot of the rise in consumption is also due to the roll-out of smart city digital sensors, all of which can track huge amounts of data around consumer behaviour. This kind of information comes at a cost, attracting more power demands in order to operate. However, it’s a bonus that the increase is not solely due to individual consumer connections.

The information gained by these devices is essential to creating cleaner outcomes for the company and Australia. The irony is that they do require more power generation to remain functional, resulting in a rise of emissions.

To combat this, Telstra has announced it will remain on track to reduce all emissions by June 2020, cutting them by a total of 50 per cent.

But beyond this existing goal, the telco giant has three other huge benchmarks in mind.

Telstra now has three particular objectives in sight for 2020, including:

Behind these goals sit a number of new values and key focus areas for the telco. From leading by example through to driving chance, the company is looking to rework its current standings in cleaner energy completely.

You can read more about the announcement here.