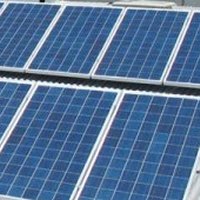 The new Mata ‘o e La‘a Solar Facility was officially handed over to Tonga’s king by Japan’s ambassador in a ceremony last week.

The facility will generate 3% of Tongatapu’s – the main island of the Kingdom of Tonga – power needs and is expected to reduce demand for diesel fuel by 400,000 litres annually. As recently as 20103, 96% of Tonga’s electricity generation was still dependent on diesel.

“The benefits of solar energy are limitless and it includes a capacity to lower electricity tariff, provide a source of energy that is environmentally friendly and improve energy security, and much more,” said Japan’s ambassador, Mr Yukio Numata.

“Tonga and developing Pacific states are severely impacted by climate change, economic recessions and other global phenomenon. In order to reduce these problems our cooperative efforts is required. The solar farm and the system to connect existing and prospecting renewable energy complexes, is Japan’s contribution to sustainability in Tonga.”

Tonga is already feeling the effects of climate change. According to 350 Pacific, the sea level around Tonga has risen by 6mm per year since 1993, about double the global average. In Ha’apai, coastal erosion has carved up to 40m of land off the island.

According to Matangi Tonga Online, the Maama Mai Solar Power station at Manumataongo Bay will be connected to the Mata ‘o e La’a Solar Facility, which is the first in the nation to incorporate a stabilizing capacitor and micro-grid control system.

The Maama Mai solar facility consists of 5,760 photovoltaic solar panels and was fully funded by the government of New Zealand.

“These facilities will coexist and integrate with the Government of New Zealand’s solar initiatives to represent the close collaboration between Japan, New Zealand and Tonga, for a future that is enlightened and attentive to human security,” said Mr. Numata.

Tonga has set a target of 100 percent renewables by 2020; consisting of biomass, solar panels and wind.

The Kingdom of Tonga is made up of 176 islands over 700,000 square kilometres of the southern Pacific Ocean and has a population of around 103,000.