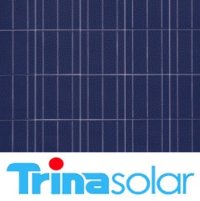 Approximately 300,000 solar panels have been installed at the facility, which will generate up to 118 million kWh of electricity per year and avoid approximately 108,300 tonnes of carbon dioxide emissions annually.

The plant, expected to be one of the largest solar farms in the Xinjiang Uygur Autonomous Region, has been granted a 20-year subsidy of 0.95 RMB/KWh (approximate AUD 18.7 cents per kilowatt hour).

It’s been a busy start to the year for Trina. Last week the company announced it had completed the sale of its 13.2MW solar farm in Dorset, UK. The Homeland Solar Farm was connected to the grid in March 2014. Featuring 52,000 Trina Solar panels, the facility is expected to generate approximately 14,000 MWh of solar electricity per year.

Founded in 1997 and listed on the New York Stock Exchange in 2006, Trina Solar has evolved into one of the world’s largest solar panel manufacturers. The company has shipped more than 7.4GW of solar panels since 2007.

Trina has also built a reputation for “green” manufacturing. Late last year the company was ranked number one on SVTC’s Solar Scorecard for its environmental and social performance. Trina Solar received a score of 92 out of 100, the highest score among all twenty-nine competing solar companies.

Trina also has a significant presence in Australia and its panels feature in a number of high profile projects, including the nation’s largest rooftop solar array at the University of Queensland. Completed in 2011, UoQ’s 1.2MW installation is comprised of more than 5000 polycrystalline Trina Solar panels paired with Power One (now ABB) inverters.

Trina’s “Honey” solar panels have proved extremely popular in Australia for home installations and are now available from national solar provider Energy Matters as an upgrade to its range of solar packages.