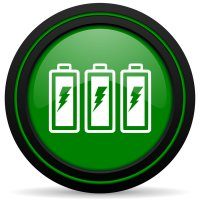 A £1 million project will see the construction of one of the first industrial-scale battery storage facilities in the UK.

A joint venture of National Solar Centre, British Solar Renewables (BSR) and Western Power Distribution (WPD), the project seeks to demonstrate the technical and commercial feasibility of connecting an energy storage facility at a solar farm to the mains grid.

“Combining renewable energy and energy storage creates a compelling proposition of affordable, predictable, low-carbon energy, and we will be using the learning from this project to further develop our commercial offering,” said Steve Edwards,” BSR’s Technical and Strategy Director.

“Helping us to demonstrate the new business models, which are rapidly emerging in the integration of storage and PV, will allow BSR’s customers and distribution network operators such as WPD to benefit from the outcomes.”

The battery will be built and supplied by RES and installed at a 1.5MW solar farm at Copley Wood near Butleigh, Somerset. The solar farm will be connected to WPD’s South West network.

RES has constructed utility scale batteries elsewhere, including in Ohio (2.6 MWh), Illinois (7.9 MWh) and Ontario (2.6 MWh). The company also has projects under development in Washington and Ohio.

While the press release doesn’t state the technology to be used for the new project; all RES’s installations to date have utilised lithium iron phosphate (LiFePO4) and lithium ion battery technology.

The project may be one of the first industrial-scale battery systems in the UK; but it won’t be the largest.

In December 2014, what was then also Europe’s largest battery system – a 6MW/10MWh installation – was officially opened at Woodman Close substation in Leighton Buzzard.

Its crown was taken last week with the announcement of completion of AES’s Kilroot Advancion Energy Storage Array, located in Kilroot Power Station in Carrickfergus, Northern Ireland. The Array provides 10 megawatts (MW) of interconnected energy storage and is made up of 53,000 batteries.

AES was also in the news recently after signing a multi-year supply agreement with LG-Chem for a minimum one gigawatt-hour of lithium-ion battery capacity for use in AES Advancion units.