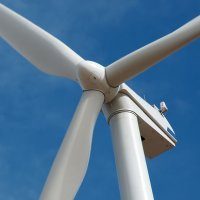 2015 was a record year for UK wind power, with both onshore and offshore wind farms supplying enough electricity to meet the needs of 8.25 million homes – more than 30 percent of the nation’s households.

December also toppled weekly records, as stronger than expected wind conditions over the Christmas period led to wind power providing 20 percent of the nation’s electricity, up from 19 percent in the second week of November 2015.

Quarterly records also fell, with National Grid numbers showing wind produced 13 percent of the UK’s electricity in the three-month period between October and December – beating the previous 12 percent high in the first quarter of 2015.

Onshore wind made up 5.8 per cent of the UK’s electricity supply in 2015, while 5.2 per cent came from offshore wind farms.

Overall, 21 percent of the UK’s energy came from renewable sources in 2015.

“This is a great way to start the new year – the wind industry can be proud that it has shattered weekly, monthly, quarterly and annual generation records in 2015,” said RenewableUK’s Director of Policy, Dr Gordon Edge. “This re-writes the record books. We’ve had a bumper harvest thanks to increased deployment and superb wind speeds.”

Dr. Edge had some advice for policymakers considering winding back support for new wind projects.

“It also demonstrates why the Government should continue to support wind energy, as we’re delivering on our commitment to keep Britain powered up. We can continue to increase the proportion of the nation’s electricity which we provide as we move away from fossil fuels to clean sources of power”.

21016 could be another good year for wind power in the UK, with onshore wind developers set to construct at least 1.2 gigawatts of new capacity; which will be enough to power 660,000 UK homes.