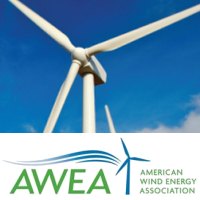 The USA’s top wind power body is celebrating the historic agreement between America and China to curb greenhouse gas emissions.

“Wind power is one of the biggest, fastest, cheapest ways to reduce carbon pollution and it means American workers can make more of our own energy right here in America,” said Kiernan.

Under the deal, announced at this year’s APEC summit, the U.S. has committed to reduce its carbon emissions 26 to 28 per cent below 2005 levels by 2025, while China says its emissions will peak – then begin to fall – by 2030.

Mr Kiernan said the landmark agreement between the world’s two biggest polluters was a message to other nations that “solving climate change is a top priority on both sides of the globe”. Economies would benefit from instituting policies – such as the USA’s Clean Power Act – that promote renewable energy.

“This agreement sends the right message to businesses and investors that scaling up clean energy not only benefits our economy, but will continue to be supported at the highest levels as something the world needs,” he said.

According to AWEA, wind energy in the U.S. has been the largest new zero-emission energy source for the past three decades, avoiding 127 million tons of CO2 emissions each year – the equivalent of taking 20 million cars off the road.

Two policies are most likely to positively impact upon wind power’s contribution to the US-China climate pact:

Using special provisions under the Environmental Protection Agency’s Clean Air Act, President Obama recently mandated a Clean Power Act that all U.S. states must cut pollution from power plants by 30 per cent below 2005 levels by 2030. Although individual states may decide how to comply with the cuts, the least disruptive methods are likely to be increasing the flow of renewable energy to the grid and carbon trading mechanisms.

“We appreciate the leadership that President Obama and the rest of these world leaders are showing on the critical task of rapidly scaling up low-carbon energy sources,” said Kiernan. “Here in America, according to the U.S. Department of Energy’s Wind Vision for the growth of our industry, we can quadruple wind power by 2030 and save consumers money doing it, if policymakers keep supporting state renewable standards and federal tax incentives to attract the necessary private investment.”