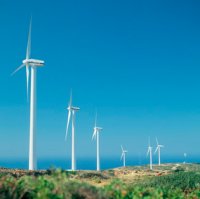 The company announced it had received the order to supply, install and commission turbines for the 310MW plant, which upon completion will contribute an equivalent 15 per cent extra capacity to Kenya’s strained electricity network.

At €600 million (AUD $909 million), the contract represents the largest single private investment in Kenya’s history and is also the largest number of wind turbines Vestas has ever produced for a single client.

According to the consortium behind the Lake Turkana Project, Kenya currently suffers chronic power shortages due to a heavy reliance on hydropower – which is often unreliable, particularly in the dry season. The installation of 310MW of wind energy, the company says, will play a significant role in the stabilisation of the power supply in the country.

“We are very pleased to continue this great journey with Vestas as we progress toward our aim of reducing Kenya’s need for hydro and expensive fossil fuel-based power generation,” said Mugo Kibati, Chairman of Lake Turkana Wind Power Ltd. “We want to ensure that Kenya has access to low and consistent power prices, and with the Lake Turkana Wind Power Project, we can do that.”

The Lake Turkana site in Kenya’s remote north-east is uniquely positioned to capitalise on daily temperature fluctuations that generate strong predictable winds between low-lying Lake Turkana and the nearby desert which rises 2,300-metres above sea level – a phenomenon known as the Turkana Corridor low-level jet stream.

“Lake Turkana Wind Power Ltd. has made a historic commitment to a clean energy future for Kenya, and we are very proud to play an active role in bringing to life Africa’s largest wind power plant,” said Christoph Vogel, President of Vestas Central Europe. “Eastern and southern Africa are key markets for Vestas, and the Lake Turkana project will establish Kenya among the continent’s wind energy leaders.”