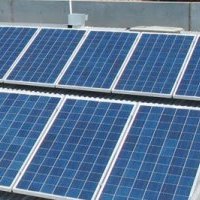 $5 million will be made available in the first round of the New Energy Jobs Fund. Grants are generally between $50,000 and $1 million; but up to $2 million will be provided in exceptional circumstances.

“We can build a strong, sustainable energy industry that powers our broader economy, creates well-paid jobs and delivers health and social benefits, while reducing our environmental impact.”

The Fund will support commercially ready projects based in Victoria that create long-term, sustainable employment and drive innovation in new energy technologies.

Funding is available to support projects in four categories: community, manufacturing, technology and energy storage. With regard to the latter, the government provides examples of projects such as solar
storage neighbourhood precincts, or new models of  financing deployment of energy storage.

Applicants are expected to provide a co-contribution, which will be considered in assessing the project. Co-contribution in mandatory in all categories except community.

“As a guide, a typical ratio for private funding to public funding for projects of this nature is 3:1,” state the guidelines. “Although this is not a minimum ratio for this Program, a higher ratio will be viewed more favourably.”

Applications for round one will close on 16 March 2016 – guidelines can be viewed here (PDF).

The Victorian government will publish a Renewable Energy Action Plan early next year that will set Victorian Renewable Energy Targets for 2020 and 2025. Currently the target is at least 20 per cent by 2020. This is well under some other states and territories including the ACT, which is shooting for 90% by 2020.

Coal may still rule the roost at the big end of town in the state, but hundreds of thousands of Victorians have been doing their bit towards the state’s clean energy future by installing solar panels, while also slashing their power bills. According to figures from the Clean Energy Regulator, more than 273,000 small scale solar power systems are now installed in the state.