The projects should help the Andrews Government meet its renewable energy target. The goal is 25 per cent renewable generation by 2020, then rising to 40 per cent by 2025.

The new wind and solar projects should also generate nearly 1,000 MW in total. This exceeds the 650 MW renewable energy target for Victoria. 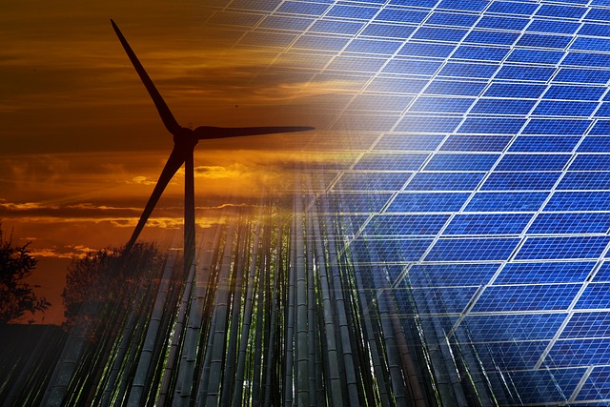 A mix of wind and solar farms across regional Victoria will help the state meets its renewable energy goals. Image: Pixabay

This means households, families and businesses in Victoria should start to enjoy lower power prices.

As a result the government enters a ‘support agreement’ with winning operators. This sets a minimum energy price guaranteeing revenue if the market falls below a certain figure.

The Victorian government wants community support for its renewable energy projects. This will benefit both generators and local residents.

It expects clean energy developers to engage and share benefits with the communities hosting their projects.

Meanwhile, the Victorian government will subsidise solar installations for 650,000 homes over the next ten years under the state’s new Solar Homes program.

Households will pay half the initial cost of the solar power system upfront under the $1.24 billion scheme. They will then repay the remainder over four years with an interest free loan.

A typical household could therefore save up to $2,225 on a typical 4 kW solar panel installation.

Eligible customers could also save $900 per year on electricity bills the government estimates.