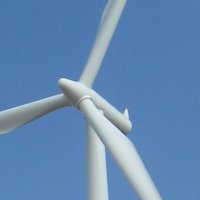 An international research team have concluded there are limits to the amount of wind turbine capacity that can be hosted in an area before significant diminishing returns on energy production are observed.

The research indicates when a substantial number of wind turbines are installed across a small area, the amount of electricity generated can no longer be governed by relatively simple multiplication.

As wind turbines remove energy from the wind, an associated slowdown effect can be substantial for large wind farms; resulting in proportionally less energy generated for each turbine compared to the electricity that would be produced by a single, isolated wind turbine.

A vertical kinetic energy (VKE) method based on vertical downward transport of kinetic energy was used during the research in conjunction with high-resolution simulations of the Weather Research and Forecasting (WRF) regional atmospheric model; with a wind turbine parameterization.

A study on the phenomenon and details of the methods used have been published in the Proceedings of the National Academy of Sciences.

“The reduction in capacity factor with greater installed capacity results from an enhanced interaction of wind turbines with the atmospheric flow,” says the study (PDF). ” Because a greater installed capacity of wind turbines removes more kinetic energy from the atmosphere and converts it into electric energy, this causes a decrease in the hub-height wind speed downwind, which decreases the mean per-turbine electricity generation rate of the wind farm.”

Atmospheric science professors Nate Brunsell and David Mechem in Kansas University’s Department of Geography, co-authors of the study, say a practical upper limit of 1 megawatt per square kilometer can be generated. This is far less than other calculations used in relation to wind farm capacity that do not take into account the diminishing wind energy effect.

Wind farms currently operating  are well below this generation limit, but the findings will be valuable going forward for new projects and when comparing different sources of renewable energy for their suitability to a particularly site.

Wind farms are playing an increasingly important role in the world’s clean energy future. Wind power installations globally increased by 42 per cent in 2014 and installed wind capacity at the end of last year had reached 372 GW worldwide.