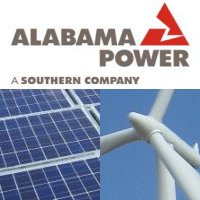 The Alabama Public Service Commission has approved a proposal by Alabama Power to add up to 500 megawatts of renewable energy generation, including solar, over the next six years.

The company can now proceed with constructing its own projects or source renewables via power purchase agreements. Individual projects can have a maximum capacity of 80 megawatts and construction must commence on the first project within 12 months.

Alabama Power currently has 1,600 megawatts of hydro in place across the state and 404 megawatts of purchased wind generation from projects in Kansas and Oklahoma.

The utility is the second largest subsidiary of Southern Company and provides service to 1.4 million homes, businesses and industries in the southern two-thirds of the state.

The company’s decision to significantly boost renewables was consumer-driven.

“This program was driven by conversations with customers looking to meet renewable mandates pushed down from their headquarters,” said Tony Smoke, Alabama Power vice president of marketing in July.

The Alabama Public Service Commission’s nod is certainly not an indicator the PSC is turning against coal. In fact, the PSC issued a blistering joint statement (PDF) last month attacking US President Barack Obama’s Clean Power Plan. The PSC said President Obama had launched a ” blitzkrieg against the coal industry in his unilaterally declared war on coal” and that he “clearly intends to harm the citizens and industries of our state and nation.”

According to the Alabama Coal Association, the state has 2.66 billion tons of recoverable coal and ranks 15th in annual coal production. The coal industry employs 4,000 in the state and Mobile, Alabama was the fourth-largest seaport for exporting U.S. coal in 2013.

In addition to large coal deposits, the state has substantial natural gas reserves. In 2013, Alabama ranked 17th in the nation in the number of producing gas wells.

According to the US Energy Information Administration, the electricity generation mix in May this year in the state was gas at 4,518 GWh, coal at 3,736 GWh, nuclear at 3,377 GWh, hydro at 501 GWh and other renewables accounting for 254 GWh of electricity production.

Solar power systems are yet to really catch on in the state, even though it has significant solar resources. The southeastern part of Alabama has solar insolation values equivalent to most of the state of Florida.