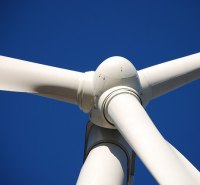 The local and international wind industry will be celebrating after two significant victories relating to so-called ” Wind Turbine Syndrome”.

The first was in Canada where the nation’s public health department released the preliminary findings of a study on wind turbine noise (WTN) and health. Health Canada reports:

“The following were not found to be associated with WTN exposure:

… Exposure to WTN was not found to be associated with any significant changes in reported quality of life for any of the four domains, nor with overall quality of life and satisfaction with health.”

Closer to home, the Environment, Resources, and Development Court of South Australia has overturned a decision (PDF) by Goyder Council preventing the construction of the 105MW Stony Gap Wind Farm; which is to be situated approximately 5km from the mid-north town of Burra. The wind turbines will be at least  2 kilometres from non-stakeholder dwellings.

The application was rejected by Goyder Council on the grounds noise and vibration from the turbines could potentially affect the health of local residents.

In arriving at a decision, the Court dismissed evidence from anti-wind from campaigner Sarah Laurie from the Waubra Foundation, noting:

“The court rules that Laurie is not an expert in assessing whether there is a causal link between wind farm noise and health impacts. She has no relevant qualifications or experience in this kind of research.”

The Court reviewed information from Professor Wittert, a fellow of the Royal Australasian College of Physicians; which it considered an appropriately qualified and experienced expert.

“Professor Wittert referred to a study which looked at all 51 Australian wind farms with a total of 1634 turbines. Professor Wittert said that the methodology in the study was robust. The study found that 33 out of 51, or
64.7%, including 18 with a turbine size of more than 1MW, have never been subject to noise or health complaints. These 33 wind farms have an estimated 21,633 residents within 5 kms and have a combined total operating history of 267 years. Across Australia, 1 in 254 residents appears to have complained, with no complaints from Western Australia or Tasmania. 94% of those complaining live near 6 wind farms targeted by anti wind farm groups.”

The Court found there to be no basis, on a correct planning assessment, for refusing to provide development plan consent and granted planning consent to construct a wind farm comprising of 35 turbines and associated infrastructure, subject to conditions.

Wind Turbine Syndrome has been referred to as a ‘communicated’ disease – complaints of the Syndrome greatly increase when people have been exposed to information from anti-wind farm groups concerning claimed adverse health effects.