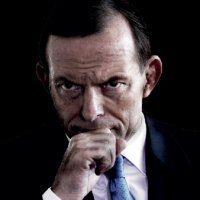 The Abbott Government has directed the Clean Energy Finance Corporation (CEFC) to stop investing in wind energy and some solar power projects.

According to the Sydney Morning Herald, Treasurer Joe Hockey and Finance Minister Mathias Cormann have written to the CEFC; stating in addition to wind farms, household and small-scale solar should be “excluded” from the $10 billion fund in future.

The draft directive reportedly bans the corporation from investing in any “mature technologies”, but will allow support of large-scale solar projects.

The directive does not impact on current subsidies available for solar power systems that can reduce the cost of a system by thousands of dollars.

What the directive will do is prevent the launching of new programs going forward similar to 2014’s CEFC investment in a SunEdison initiative offering long-term leasing and power purchase agreements for commercial and residential solar installations.

SMH states a third of all CEFC investments involve small-scale solar. These investments have proved fruitful, returning more than a $1 profit for the government for every $1 invested. Given the success of the investments, some are viewing the move by the Abbott government to be one based purely on spite.

The Government had previously sought to axe the CEFC and its efforts to gut Australia’s Renewable Energy Target brought investment in large scale renewables in Australia to its knees for 18 months.

As for wind energy, Prime Minister Abbott’s views on wind farms are well known – he has publicly stated they are “visually awful, they make a lot of noise”. Treasurer Joe Hockey believes wind turbines are “utterly offensive” and  a “blight on the landscape”.

Shadow Environment Minister Mark Butler is far from happy with the new directives.

“These proposed changes go well beyond Tony Abbott’s opposition to the aesthetic values of wind farms – it’s a wholesale attack on renewable energy,” he said. “Tony Abbott is broadening his assault on renewable energy technologies putting thousands of Australian jobs and billions of dollars in investment at even further risk.”

Opposition Leader Bill Shorten was also scathing of the news.

“The guidelines now being proposed by Mr Abbott mean that basically the only thing the CEFC could invest in is flying saucers,” he said.

“A key focus for the CEFC has been innovative finance models that allow low-income earners, people living in apartments, small businesses, nursing homes and churches to get solar and slash their power bills” said John Grimes, Chief Executive of the Australian Solar Council.

“This is about punishing solar families and businesses who stood up to him during the review of the Renewable Energy Target. Now he is using any means available to him to get even”.