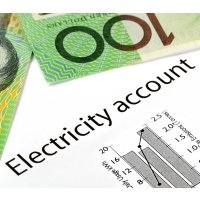 A new study states the retail competition margin of gas and electricity retailers in Australia has risen to an average of $600 per customer.

It’s been reported that according to research by the St Vincent de Paul Society, the retail component now makes up the largest element of an energy bill.

While electricity customers may be able to shop around to find the better deals than what they currently receive, it’s an ongoing and time consuming process; with a huge amount of products to navigate that can be accompanied by sometimes confusing fine print.

An article published this morning on The Age regarding the “gouging” of electricity customers gives the example of Victoria, where as many as 18 energy retailers offer 4000 products.

“With the outrageous retail premiums that customers are currently being charged, we need the market model fixed rather than just blaming consumers for failing to shop around,” said St Vincent de Paul’s policy and research manager, Gavin Dufty; who also pointed out that unlike other markets; this is one that people can’t exit.

For some, affordable home solar + storage is on the horizon. This may be the opportunity people have been waiting for to ditch the grid altogether; or at least to further reduce reliance upon it and the associated costs.

Australia is among the first markets where the next generation of compact battery storage products will be available as it presents the perfect conditions – a high saturation of solar power systems, high electricity prices and reducing solar feed in tariffs. For example, Enphase Energy announced last week it would be initiating a trial of its Enphase AC Battery in South Australia shortly.

According to Energy Matters, there’s no shortage of interest in residential energy storage – more than 2,400 people have signed up for pre-release announcements regarding home battery systems.