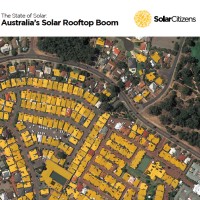 Solar Citizens’ latest State Of Solar report reveals Australians are collectively saving megabucks on electricity bills by putting their rooftops to work in harvesting the power of the sun.

In the report, Solar Citizens says it has calculated the savings solar owners have made on their electricity bills since 2007-2008.

The results reveal solar households have saved a whopping $4.4 billion on their power bills since that time and almost a billion dollars every year for the past three years.

Impressive as that is, that figure is across all system sizes – average system capacities in recent years have been growing; so savings would likely be greater averaged among larger systems.

As an example, in South Australia (where many residents are facing another round of electricity price rises soon), a 5.2kW solar power system can return a financial benefit of up to $2,282 annually according to Energy Matters – depending on installation and electricity consumption scenario. 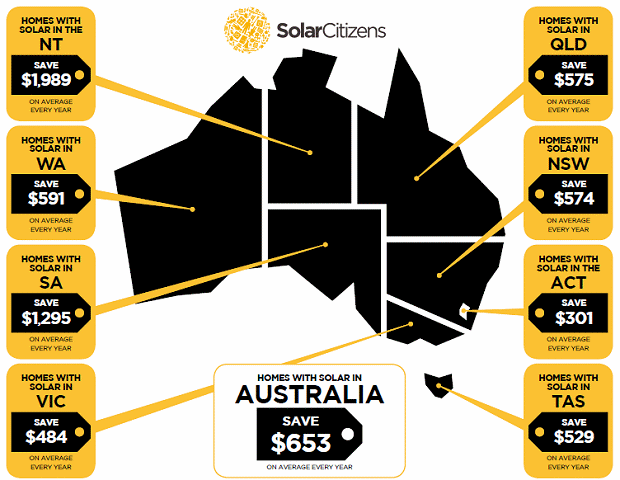 Australians have invested heavily in solar power systems over the years – more than $8 billion of their own money says Solar Citizens. In doing so, the investment has resulted in the creation of tens of thousands of jobs.

Clare O’Rourke, National Director of Solar Citizens, said the pace of rooftop solar installation in Australia has been nothing short of phenomenal in recent years; but also delivered a shot across the bows of politicians.

“Whilst Australians are forking out over one billion dollars a year to harness clean energy from the sun, our political leaders are failing to follow us. In fact, the politicisation of clean energy has had a huge
negative impact and risks us losing investment, jobs and an orderly transition to 100% renewable energy,” said Ms. O’Rourke.

“This report is designed to remind our political leaders of just how much Australians love their solar and have invested in it. For those who would wish to represent us, it’s time they realised that the future is
solar-powered.”

One in five Australians of voting age are  living in a solar-powered home. A recent poll suggested 64% of Australians would be more likely to vote for a party with plans to source 100 per cent of Australia’s energy from renewables.