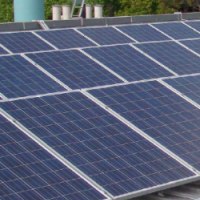 Released on Friday, the report states participants in the ACT’s small and medium FiT scheme generated 34,910 megawatt hours (MWh) of electricity in 2015–16. This generation came from total installed capacity of around 26.3 megawatts, consisting of 10,304 solar power systems.

This scheme was open to applications from renewable energy generators with capacity below 200 kilowatts (kW) from 1 March 2009 and to 13 July 2011. Only 15 medium scale generators (30kW – 200kW capacity) are participating, with the balance being small home and commercial solar power systems.

According to the Independent Competition and Regulatory Commission, the small and medium solar feed in tariff has cost a four-person household in the ACT around 88.9 cents per week. .

ACT’s Minister for Climate Change and Sustainability, Shane Rattenbury, is very pleased with the results and trajectory. 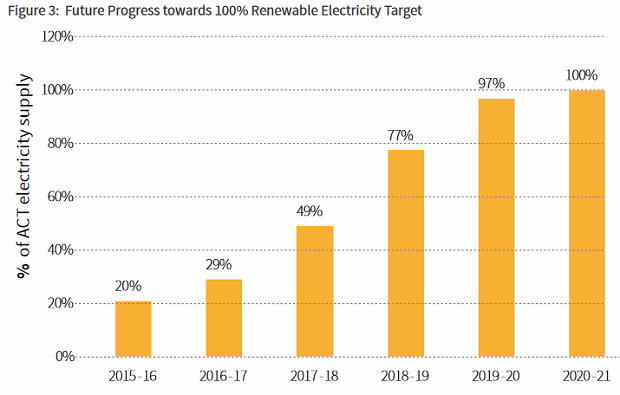 Minister Rattenbury said an additional 7,406 solar panel systems in Canberra have been installed outside of the small-medium FiT program. In 2015–16, these retailer-supported systems generated 28,815 MWh of electricity.

“A growing number of households are also taking advantage of the Government’s Next Gen Battery Storage Grants program to install a solar-battery system,” said Minister Rattenbury. The initiative is one of the largest battery storage rollout programs in the world.

In May this year, the ACT committed to net zero carbon emissions by 2050.