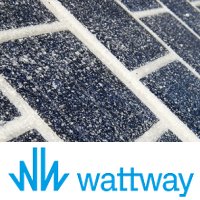 The trial, situated in the le Gué-à-Pont locality, was inaugurated by Ségolène Royal, France’s Environment Minister.

Expected annual electricity production of the stretch of road is around 280 MWh. On average, estimated output will reach 767 kWh per day, with peaks up to 1,500 kWh per day in summer.

“Building a trial site of this scale is a real opportunity for our innovation,” said Wattway Director, Jean-Charles Broizat.

“This trial site has enabled us to improve our photovoltaic panels installing process as well as their manufacturing, in order to keep on optimizing our innovation.”

Also in the last week, fifty square meters of Wattway solar panels were installed at the Georgia Visitor Information Center in the USA.  The average expected annual output of the test section is estimated to be 7,000 kWh. 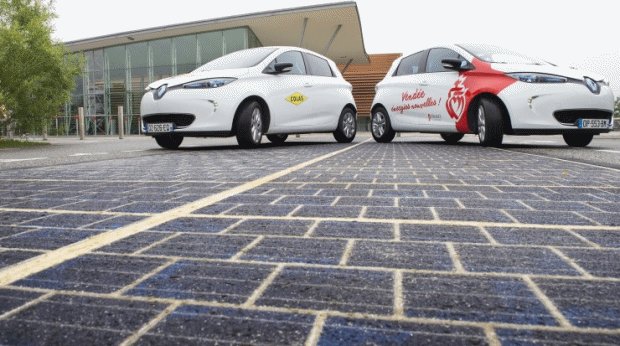 In January this year, France’s government announced a goal paving 1,000 kilometres of roads with Wattway solar panels in the next five years. The project isn’t without its critics, some of who state it’s a very expensive way to generate solar electricity – particularly given so many rooftops in France are yet to have solar panels installed.

Wattway says the cost of its product will decrease with scale and offers additional benefits.

The first trial section in France was installed in June this year; consisting of 42 panels covering a 50 m² area of a parking lot that will generate electricity for recharging electric vehicles.

Wattway solar panels are just a few millimetres thick. Each panel is comprised of 15-cm wide polycrystalline silicon cells encapsulated in a multilayer substrate composed of resins and polymers. The side facing traffic is textured to give it a skid-resistance equivalent to that of conventional asphalt mixes.

Wattway says 1,000 linear meters of its product can provide enough electricity to power the street lighting of a town of 5,000 inhabitants. 20 m² of Wattway panels can generate electricity equivalent of that needed to power an average French household