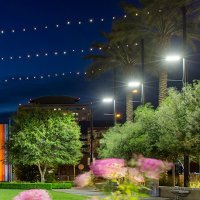 The government of the City of Las Vegas is now sourcing 100% of its electricity requirements from renewable energy.

Most of the energy consumed is generated at the 100MW Boulder Solar plant. The clean power station is located in Clark County, approximately 36 kilometres southeast of Las Vegas. Boulder Solar commenced commercial operations earlier this month.

Within Las Vegas itself, dozens of city-operated buildings and facilities host approximately 3MW combined capacity in the form of solar car parks, plus a 3MW plant is situated at the city’s Water Pollution Control Facility.

Las Vegas officials have saved a bundle of cash by going solar and through energy efficiency initiatives. In 2016, city facility electricity costs will amount to approximately USD $10 million, a reduction from $15 million annually in 2008. 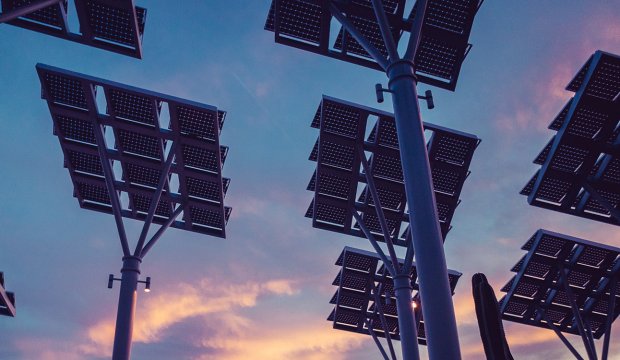 In 2013, the city upgraded 42,000 of the City’s 52,000 streetlights to Light Emitting Diode (LED) fixtures. There have also been a few solar-kinetic streetlights installed at Boulder Plaza.

From October next year,  the city will also be tapping two megawatts of hydropower from Hoover Dam. The dam impounds Lake Mead, which when full is largest reservoir in the United States by volume.

The City has been engaged in a number of other sustainability efforts. The city has reduced its water consumption from 1.47 billion gallons in 2008 to 1.18 billion gallons in 2016. 75 million gallons of water per day is being recycled at the city’s wastewater treatment plants. Once treated, the water is used at golf courses area or returned to Lake Mead.

Just about all of the city’s vehicle fleet runs on alternative fuels and the City of Las Vegas was Nevada’s first public agency to purchase electric vehicles.

Nevada’s Energy Portfolio Standard requires that 25% of electricity sales come from renewable energy resources by 2025. Last year, it had reached 20.3%.

Trivia: the iconic “Welcome To Las Vegas” sign has been powered by solar panels since 2014.