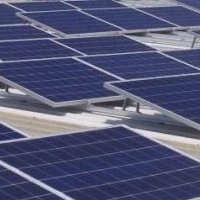 “Regulatory clarity and incentives for investors have set the country apart from its neighbors El Salvador and Nicaragua, where a lack of clear rules and price stability are hindering solar development,” says GTM of Honduras.

Honduras’ energy transformation has been some years in the making; kicking off in 2007 when the country implemented legislation to promote renewable energy generation.

GTM says what really set things rolling was the launch of a premium tariff in 2013 of USD $155 per megawatt-hour for the first 300 megawatts of PV capacity active on the mains grid by the end of July this year.

With regard to developers, GTM says SunEdison leads the pack in Honduras. The company has three solar projects in the country so far totaling 81.7 megawatts –  the two 23.3-megawatt Pacífico and Choluteca I plants and the 35.1-megawatt Choluteca II power station.

In December 2014, SunEdison was also awarded a contract by Chile’s government to supply 570 gigawatt hours of solar electricity annually – and SunEdison will do so at a cost below the equivalent power generated by fossil fuels.

In July this year, the company commenced construction of the 110-megawatt Quilapilun solar power plant in the Metropolitan Region of Chile.