Space was famously described as the final frontier in the science fiction classic Star Trek. Now, there are bold plans for solar panels to go where no renewable energy source has gone before, with China announcing plans to send panels into space.

China is developing plans to launch an entire solar energy plant closer to the sun, so they can beam energy back to Earth. 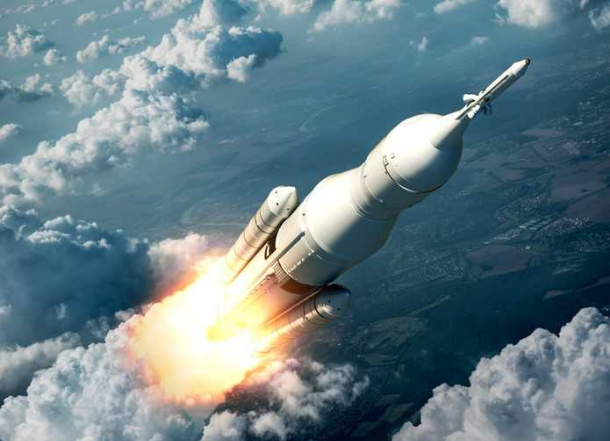 The initial estimates suggest the plant would be able to harvest and send enough energy back to our planet to light up an entire city.

It would be a major step forward for China, which is the largest coal producer in the world at present, using over 2.8 metric tonnes of fossil fuel every year.

China also leads the world in air pollution and carbon emissions, highlighting a need for a move towards renewables.

Land is at a premium in the country too, with the majority of their farms less than 2.5 acres in size.

There are major solar farms in the country, including the 850-megawatt Longyangxia Dam facility on the Tibetan Plateau, but the potential for more fields of solar panels is not great.

A once impossible goal becomes a potential reality

This is not the first time the notion of sending a solar space station up into the skies has been discussed, but it has always been considered too expensive to be viable.

In fact, the technology to actually harness solar power in space was actually developed back in the 1960s, according to the Centre for Renewable Energy at the Indiana University-Purdue University in the United States.

But now with China to tip 2.5 trillion yuan ($518 billion AUD) into renewables by 2020, there is money on the table to make the project a reality.

The China Aerospace Science and Technology Corporation is behind the solar space station and hopes to have the initiative up and running by 2050, Chinese media has reported.

More than 60 per cent of the world’s solar panels are already produced in China, according to the International Energy Agency (IEA). This project, as well as the other billions of dollars in renewable initiatives, would be the country’s biggest move away from coal in history.

How China plans to send energy back from space

To return the solar power reaped in space, the plant would need to send the energy back to Earth using wireless transmission. This technology already exists (including in devices like the inductive electric toothbrush) but more research needs to go into refining it.

At present, even sending energy wirelessly across a microscopic distance results in massive electricity loss.

Other challenges include how to actually construct the plant without costs blowing out, with research going into 3D printing technology and the possibility of components being built in space.

Along with its large strides towards rolling our renewable energy sources, China has also ramped up its space program in recent years under President Xi Jinping. Billions have been invested in exploration, which works hand-in-hand with this latest bold project by the nation.