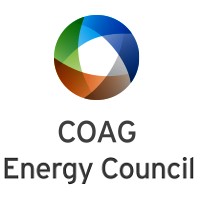 The Energy Council is made up of all state and territory energy ministers. By avoiding an all-out energy war, Prime Minister Malcolm Turnbull can now concentrate on the NEG’s details.

South Australia and the ACT did seek to pursue modelling on a clean energy target and emissions intensity scheme. However, NSW, Victoria, Tasmania and Federal Energy Minister Josh Frydenberg voted this down.

Mr Turnbull’s signature energy policy, the NEG now progresses to the next stage of development. It was agreed that the COAG Energy Council will commission all further work on the NEG.

According to the Australian Financial Review, Mr Turnbull claimed a win out of the meeting. “They were out voted,” he said of the attempts to model the clean energy target.

National Energy Guarantee is endorsed by the COAG Energy Council

“They tried to stand in the way, but they didn’t.”

COAG NEG skeptic, South Australian Energy Minister Tom Koutsantonis, said it emerged in the meeting that only the NEG would get past the Coalition’s back bench.

He said if the Turnbull Government was confident the NEG was the best option for the energy market, it would be happy to have it modelled against the Finkel Review’s Clean Energy Target.

Labor’s Energy spokesman Mark Butler said before the meeting there was deep concern in Victoria, South Australia, the ACT and Queensland that the NEG’s current design would not drive new investment in renewable energy.

There were also fears the policy would further concentrate retail energy markets, which are dominated by a small number of big players.

Is the NEG really going to bring down electricity costs?

Modelling by the Energy Security Board (ESB) shows $120 a year could come off household power bills between 2020 and 2030, while bigger users would see more substantial savings.

However, there are claims this reduction is in fact due to the existing Renewable Energy Target (RET). The NEG will not affect prices into the next decade, its opponents claim.

The COAG Energy Council will meet again in April 2018 to reevaluate the NEG once further work is done.