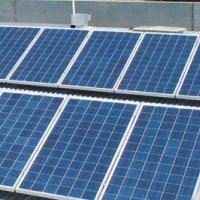 The government of Haryana, a state in north India, has announced all buildings occupying 418 square metres or more must install rooftop solar power systems by September 2015.

According to Times Of India, any building of any age that meets the plot size criteria must install a minimum 1kW of solar panels; depending on the nature of the building.

A policy published in September states all qualifying residential buildings must install 1kW or 5% of connected load; whichever is greater.  Connected load is the sum of ratings of all electrical equipment connected at a supply point; regardless of whether the equipment is being used or not.

Solar companies in Haryana are about to get very busy, very quickly. To add to the sense of urgency for those affected, a government subsidy of 30% now available appears to have limited funds; so it will be a case of first in, best dressed.

India’s solar industry looks set for a massive year generally. Reuters recently reported  Prime Minister Narendra Modi has ramped up solar energy targets; which would see India’s solar energy capacity increase by 33 times to 100,000 megawatts MW in 7 years. The Prime Minister is looking to companies from China, Japan, Germany and the United States to lead investments of USD $100 billion for this solar revolution.

Among the US companies with a solid presence in India is SunEdison. In October, SunEdison announced it had signed an official Memorandum of Understanding with the Rajasthan government to build 5GW of mega-scale grid-connected solar plants in the state. In November, SunEdison was awarded 5 solar PV projects in India totaling 150 megawatts capacity.

Other big projects in India include a 750 MW solar park planned for Banaskantha in Gujarat and a USD $158 million initiative to subsidise state-run companies to build 1 GW of grid-connected solar PV projects around the nation over the next three years.