The future is green when it comes to Australia’s blossoming love affair with Electric Vehicles (EVs). Industry experts are tipping that the country is on the verge of an electric car boom as EVs become more accessible for everyday Australians. New car sales data released on Monday shows 8868 battery and plug-in EVs have been sold in Australia over the first half of 2021, which is more than in any calendar year. These figures are set to grow, amid state government incentives and the industry forecasting greater price parity and consumer choice over the next 24 months, including a push for more electric cars under $45k. Since last year, six more models under $65k have been launched in the Australian market, bringing the total available under that price to 14. 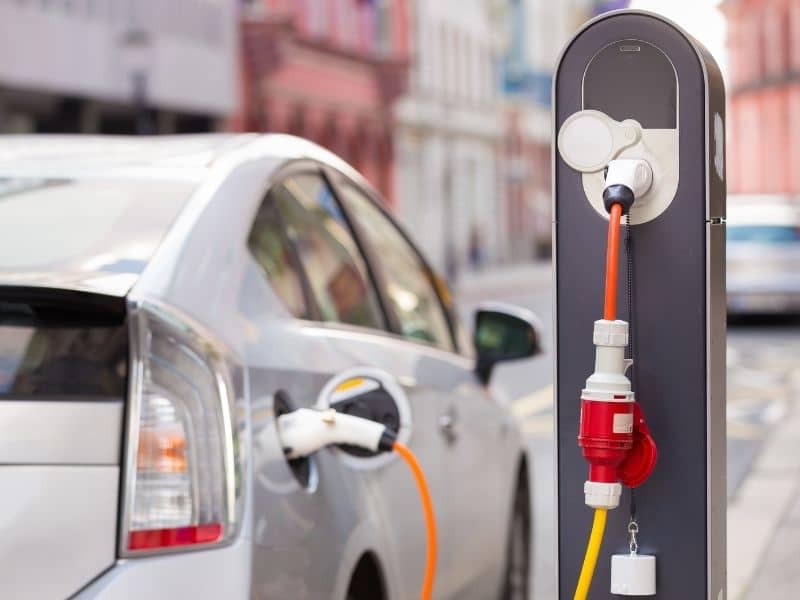 How does Australia’s EV industry compare to other countries?

In 2019, the Australian government announced a national plan to phase out petrol and diesel cars by 2050. Despite this commitment, EVs are still considered a novelty in many parts of Australia as it sits significantly behind the rest of the world in electric vehicle adoption. Demand is not the problem, however. Since 2018, surveys show that over 50% of Australian’s will consider buying an electric vehicle as their next car. Australia also has the highest uptake of solar globally, with around 29% of homes with rooftop solar PV – the stage has been set for some time but a number of factors have been holding the industry back. EV price, range anxiety, government policy and lagging infrastructure have been some of the biggest barriers for people trying to enter the electric vehicle market in Australia.

While the Australian EV industry has been challenged by these barriers, we are starting to see a rapid shift in a positive direction. Over the next 6-12 months, the number EV models available in Australia will be effectively tripled. Australians can currently choose an electric car from Tesla, Kia, Nissan, Hyundai, Mazda, MG, Mercedes-Benz, BMW, Volvo and Porsche. New entries into the Australian EV market include more models from the above existing EV makers, as well as options from the likes of BYD, Toyota, Volkswagen, Lexus and Subaru. Additionally, we can expect to see more models of light commercial vehicles available, including vans and small trucks.

Is your home EV ready? Thinking of going solar? Take our quick solar quiz for up to 3 obligation-free quotes from trusted local installers

As it currently stands, there are just over 3000 registered public EV fast-charging points in Australia – with most located on popular thoroughfares and transport routes where drivers will need to top up their battery while on the go. However, only 470 of these are ultra-fast DC chargers that can add hundreds of km of range in under an hour. However, in a huge win for Australian EV owners, significant investments into Australia’s charging infrastructure have just been announced. Blackrock, one of the world’s biggest investment firms, has invested more than $100m in Australian electric vehicle charging start-up Jolt Charge with plans to roll out more than 5000 public charging stations nationwide. Jolt offers the first 7kWh of charging free every day, which the company said is equal to about 45km. Users then pay for any energy used after the first 7kWh.

In good news for Australian consumers, we are also seeing an increase in state government support for EVs. In NSW and SA, for example, drivers can access rebates of up to $3000 on selected new electric cars, while Western Australia, ACT, QLD and VIC all recently announced exemptions from stamp duty. Other incentives such as reduced car registration fees, interest-free loans and free charging points are all part of the nation’s plans to accelerate investment into EVs. These efforts appear to be working; just last year, the EV share of Australia’s overall auto market was 0.78%. It is now approaching 2%, and should be more so by the end of the year.

Is now a good time to invest in an electric car?

With more models available under $65k, prices of EVs in Australia are expected drop even further over the next few years as new entrants and manufacturers continue to push the boundaries. Industry experts predict full manufacturing cost parity with petrol-driven cars by 2025 at the latest.

But when is the right time to invest? While EVs still remain relatively expensive compared to petrol-driven cars, they also tend to be more affordable in the long run due to a range of factors. Next week we will be exploring this question further, with a performance and cost comparison of some of the most popular models available on the market. We will also take a deeper dive into what we might expect from the Australian EV industry over the next few years and share how you can make your home EV ready. Stay tuned for Part 2!

Is your home EV ready? Charging your car with solar power during the day boosts the business case for both your solar installation and your electric vehicle. Take our quick solar quiz for up to 3 obligation-free solar quotes from trusted local installers.