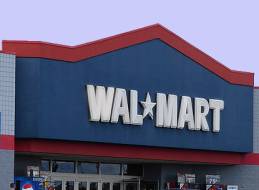 Wal-mart, America’s largest retail chain, has often been criticised over the years for its practices and impact on the environment. In more recent times, the company has taken great strides in turning over a new green leaf; putting solar panels on store rooftops, demanding suppliers to cut back on packaging, cutting back on the issue of plastic shopping bags, plus more of a focus focus on stocking products that sustain resources and minimize impact on the environment.

In its latest green initiative, Wal-mart announced last Friday it would be partnering with a Duke Energy wind farm in Texas to provide renewable energy to up to 15 percent of 360 Wal-Mart stores and other facilities in the state as part of its long term goal of being supplied by 100 percent renewable power.

The project will provide an estimated 226 million kilowatt-hours (kWh) of wind power each year, which will avoid producing more than 139,000 metric tons of carbon dioxide (CO2) emissions annually,  the equivalent to taking approximately 25,000 cars off the road or eliminating the CO2 produced by 18,000 US homes each year.