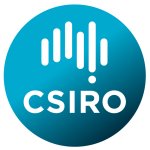 A breakthrough by CSIRO scientists could see solar energy replace fossil fuels in the most advanced power stations in the world.

The CSIRO team broke a world record for heating and pressurising steam using only solar thermal power in May.

The work has been hailed as a coup for the renewable energy industry. Previously, only coal or gas-fired plants could achieve temperatures high enough generate supercritical steam.

Conventional solar thermal power plants currently generate subcritical steam – but CSIRO believes if these plants could be converted to supercritical steam power, the overall cost of solar electricity would be significantly lowered.

“Instead of relying on burning fossil fuels to produce supercritical steam, this breakthrough demonstrates that the power plants of the future could instead be using the free, zero emission energy of the sun to achieve the same result.”

Researchers used CSIRO’s test solar thermal plant in Newcastle to break the world record for solar steam, reaching temperatures of 570 degrees Celsius, at a pressure of 23.5 megapascals (a measure of force per unit area). It is this combination of enormous pressure and heat that makes the breakthrough such an important milestone for solar technology.

The CSIRO says the breakthrough was made possible through a $5.68 million research program supported by the Australian Renewable Energy Agency (ARENA) and collaboration with researchers from solar thermal giant, Abengoa Solar.