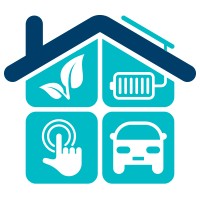 Visitors to the Royal Queensland Show (Ekka) will be able inspect a house decked out with the latest in energy technology, including solar panels and battery storage.

“It’s rare to see the Tesla S and Tesla Powerwall on display in the same place, so it’s great that we’ve got both right here at the Ekka,” said Minister for Housing and Public Works Mick de Brenni.

“All this renewable energy technology is used to power appliances in the House, such as an air-conditioner, oven, washing machine, clothes dryer and television.”

Smart Energy Education house is part of the Ekka Learning Trail; which aims to educate and inspire children. The house is an initiative of Energy Queensland, the new state-owned company resulting from the merger of Energex and Ergon Energy.

The battery systems on display are also part of Energex’s battery trials, which will inform decision-making about electricity distribution management on Queensland’s network in the future.

“In years to come, battery energy storage systems and distribution management technologies will form a key part of our network as we look to reduce demand and manage the load on the network by storing energy in batteries,” said Energex Acting Chief Executive Officer Peter Weaver.

Solar + storage enables households to take increased control over their mains electricity consumption and boosts energy independence and is part of creating a smart home.

According to Energy Matters, a 5.2kWh solar power system incorporating Tesla Powerwall and installed in Brisbane can provide a financial benefit of between $1,606 and $2,038 a year, depending on installation and electricity consumption scenario.

Ekka kicked off on Friday and continues until Sunday, August 14. The show began in 1876 and sees an average attendance of 400,000 visitors annually. Further details about Ekka can be viewed here.