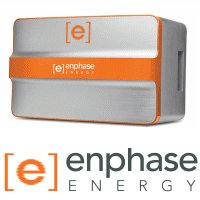 Australia has been chosen as the first market to be shipped the Enphase AC Battery energy storage system.

Expected to be commercially available in Australia in 2016 (pricing yet to be announced), the Enphase AC Battery is a modular, plug-and-play storage unit that is fully integrated into the Enphase Energy Management System.

Compact enough to be installed by one person, the battery is of Lithium Iron Phosphate chemistry (LiFePO4) and incorporates the Enphase S275 Microinverter. Each unit has a storage capacity of 1.2kWh and multiple units can be used within a single system.

Part of the Enphase Energy Management System is Enlighten, which monitors and reports AC Battery charging/discharging and consumption. The system “learns” how to optimize usage and savings over time.

With such strong uptake of home solar in Australia and solar feed in tariffs not as generous as they once were, the country is a slam-dunk choice to launch an affordable battery system.

” Enphase sees tremendous potential for the AC Battery in Australia and we are delighted to be the first country in the world to be introducing the Enphase AC Battery commercially,” said Nathan Dunn, managing director for Enphase Asia-Pacific.

“Australia has always been a strategic market for Enphase. In the last two years since we’ve established a direct presence here, we’ve continued to see strong growth and demand for our microinverter systems.”

Enphase says its market share has reached an estimated 8% in Australia and among microinverters installed here, it’s the market leader.

The prospect of affordable home energy storage has certainly whipped up a great deal of  interest in Australia. Energy Matters reports nearly 2,000 people have registered interest in home storage systems it intends offering; including the Enphase AC Battery system.

The Clean Energy Council says energy storage technologies will be a game changer for the Australian energy market across residential, commercial and utility sectors and pegs the potential market as being as much as 3000 MW by 2030. But it won’t all be smooth sailing – the CEC released its Australian Energy Storage Roadmap earlier this year, which identifies some of opportunities and challenges the local energy storage revolution faces.