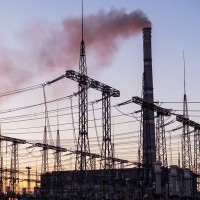 An energy strategy proposed by Finland’s government sees not just the end of coal-fired generation, but also the import of electricity produced using the little black (or brown) rock.

“Energy and Climate Strategy for 2030 and Beyond” heralds the end of coal by 2030 and the share of renewable energy in final energy consumption increasing by more than 50 per cent in the 2020s.

Other fossil fuels are also in the crosshairs. Under the strategy, the use of imported oil or petrol, diesel, fuel oil and kerosene  for domestic needs is halved during the 2020s compared to 2005.

The plan also considers the possibility of moving to an economy based entirely on renewable energy by 2050.

“Utilising the potential of Finnish renewable energy to produce electricity at an industrial level is one of the central questions in achieving long-term energy and climate goals,” said Finland’s Economic Affairs Minister, Oli Rehn.

While the general trend of coal consumption in Finland indicates a decrease, Statistics Finland preliminary data states hard coal consumption increased by 19 per cent in January to September 2016 compared with the corresponding period of last year. 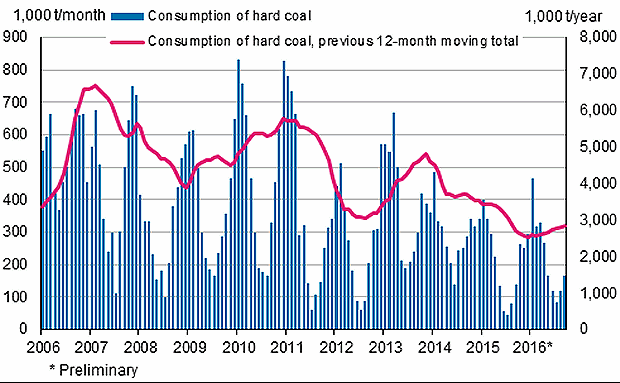 However, compared to the average for January to September in the 2000s, the consumption of hard coal was now 37 per cent lower.

In the period January to June, net imports of electricity into Finland hit a record high, growing to 22 percent. Growth in wind power leveled off at ten percent,  hydro power increased by three per cent and nuclear power by two per cent.

Last year, the amount of electricity generated with renewable energy sources in Finland grew to a record 29.5 TWh, representing 45 per cent of total electricity production. The bulk of renewables sourced electricity came from hydro power (16,584 GWh), followed by wind power (2,327 GWh). Solar power is still a bit player in the country and contributed only 10 GWh last year.

The writing on the wall is becoming clearer for the little black rock that has wreaked so much havoc on our planet. Another country to recently announce it would phase out coal by 2030 is Canada.