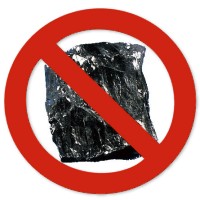 The family that made a significant chunk of their fortune from fossil fuels is continuing to distance itself from the sector.

“While the global community works to eliminate the use of fossil fuels, it makes little sense—financially or ethically—to continue holding investments in these companies,” reads part of a statement.

“There is no sane rationale for companies to continue to explore for new sources of hydrocarbons.”

The Fund said it would complete the divestment process as quickly as possible and has already instructed its advisors to dump all holdings in ExxonMobil, coal and tar sands outside the portfolio portions managed by third parties.

ExxonMobil was singled out in the statement, a company the Fund believes has engaged in “morally reprehensible conduct” in relation to climate change.

“Appropriate authorities will determine if the company violated any laws, but as a matter of good governance, we cannot be associated with a company exhibiting such apparent contempt for the public interest.”

RFF has focused its Environment program almost exclusively on climate change since 2006. It launched the National Coal Campaign to help stop a “coal rush” after the coal industry announced plans to build more than 150 plants across the USA in 2005.

The international divestment movement evolved from actions by students at a handful of U.S. university campuses in 2011 pressuring their administrations dump fossil fuel investments.

According to a December 2015 report from Divest-Invest, 500 organizations worth more than USD $3.4 trillion pledged to divest from fossil fuels over the preceding year.

The divestment movement has also picked up pace in Australia.

Just in the last week, Randwick City Council and Wodonga Council announced a shift away from fossil fuel investments. Wodonga is the 18th council area in Australia to do so.