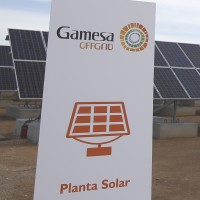 The prototype power station, originally inaugurated in May of 2015, uses four technologies – wind energy, solar power, diesel-powered generation and the recently-installed energy storage battery. The facility has an installed capacity of over 2 MW.

Gamesa says the prototype can generate enough power to supply the energy needs of 4,000 households and is designed to deliver reliable, clean power to remote areas without access to the mains electricity grid. Gamesa’s system can be tailored for specific scenarios by increasing, reducing or removing capacity in any of the technologies utilised.

The project consists of 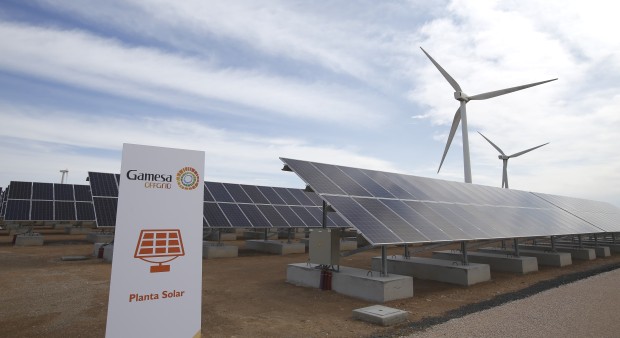 In other recent news from Gamesa, the company has announced it has been awarded a contract for the supply of 99 MW of wind turbines for a wind farm in the south central United States. The company will deliver and commission the turbines next year and it’s also expected the project will go into commercial operation in 2017.

With that contract completed, along with others under construction, it will bring Gamesa’s installed capacity in the United States to over 5,000 MW.

In another major deal announced this month, Gamesa has been contracted install a total of 152 of its G97-2.0 MW class S and G114-2.0 MW class S turbines at five wind farms in India; representing 304MW capacity. Gamesa has installed more than 3 gigawatts of wind power in India since 2009.

Globally, Gamesa has 35,800 MW capacity installed in 55 countries. The company says this is equivalent to more than 7.6 million tonnes of petroleum (TEP) per year and avoids close to 52.8 million tonnes of carbon emissions annually.

Hybrid power stations based on renewables will become an increasingly common sight..