Almost one in five Australian homes now have solar panels installed on them, but for many, cost remains a barrier when it comes to joining the renewables revolution. 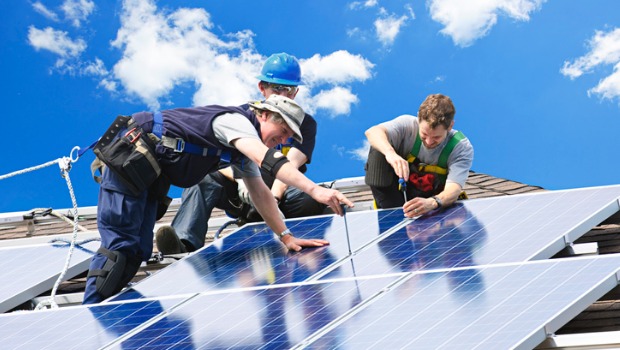 While there are many rebates available and these solutions are getting cheaper every year, affordability cans still be an issue when it comes to upfront costs.

Even though solar panels pay for themselves in just a few short years, this means a percentage of the population have been effectively locked out – until now.

The solution? You can have solar panels installed without having to pay a cent out of your pocket at the time, which is much better than the alternative of trying to find the cheapest installation possible.

The dangers of going with cheap solar

In the pursuit of savings on their electricity bill, some people elect to go with dirt-cheap solar installations. The problem is, they are getting what they paid for – which can be extremely dangerous.

Unfortunately, an audit conducted on the Clean Energy Regulator (CER) by the Australian National Audit Office (ANAO) revealed that there may be tens of thousands of potentially faulty and unsafe solar panels installed on Australian homes.

One in 60 installations was deemed to be substandard as people elected to go with no-name solar brands and installers who may not have the right certifications, skills or experience to do the job properly.

At best, that means these solar systems are not efficiently converting sunlight into electricity which makes them counterproductive and unlikely to last for very long, at worst they are a falling or electrical hazard which could lead to dire consequences.

It is not worth it to go with cheap and nasty solar installations. Quality solar panels from reputable suppliers will last up to 20 years, can gain in excess of 20 per cent efficiencies and will slash much more money off your electricity bill without the fear of them falling or breaking down.

How you to get solar panels with no upfront costs

There are services like ZipPay and Afterpay which we can use to buy now and pay later for a range of retail purchases. There’s now a similar scheme available for the renewables space.

Payright allows you the opportunity to break up the payments of your installation into small payments over time so that you can have solar installed now without having to break the bank.

This solution is available for residential and business/commercial installations and you can be approved in just three minutes. There’s no deposit required and you can opt for easy fortnightly or monthly payments.

This came from consumer demand, with 70 per cent of those surveyed wanting a buy now, pay later option for home improvements. Meanwhile, another 39 per cent wanted the ability to make payments over time for purchases over $1000.