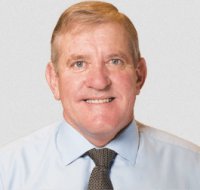 Industry Minister Ian Macfarlane has warned of increased power prices unless a deal can be struck on the future of Australia’s Renewable Energy Target.

According to The Australian, the Minister has declared the RET “broken” and appears to have laid the blame on Labor and the Clean Energy Council.

However, it could be quite successfully argued the uncertainty the Government has created through its ongoing attempts to slash the RET is what “broke” it – and ultimately the Government would be directly responsible for related price hikes should they occur.

Accusing Labor and the Clean Energy Council as being the perpetrators of this situation could severely backfire; further adding to the woes of a government that has been acting against the wishes of Australians on the issue of renewable energy.

Polling released by Crosby Textor a few months ago showed more than 80 per cent of those polled wanted the Renewable Energy Target left alone.

A ReachTEL poll published in early December indicates 89% of Australians believe the nation’s 41,000 GWh Renewable Energy Target should stay the same or be increased.

The extraordinary aspect of the RET situation is that even the Government’s own review of the RET determined that the Target left as is will result in a decrease in power prices.

Investment in renewable energy during 2014 in Australia has dropped by 70 percent compared with 2013 as a result of Renewable Energy Target uncertainty, which had enjoyed bipartisan support since 2001.

Minister Macfarlane claims between 6000GWh and 8000GWh of renewables needs to be installed by 2020 to meet the 41,000GWh target, but only approximately 4000GWh of wind power is forecast to be built. He says the shortfall would boost renewable energy certificate prices; which would in turn push up wholesale electricity prices.

Something the Minister may not have taken into account is just how fast renewable energy capacity can be added; unlike the building of coal, gas or nuclear power plants. Also, wind power is just one form of renewable energy technology covered under the RET.

Minister Macfarlane’s claims regarding a shortfall are apparently based on a recent report by the Australian Energy Market Operator; the same report detailing aggressive trading tactics by some electricity generators that have bolstered wholesale electricity pricing.