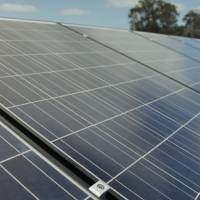 Currently, most use backup DG supply what is known as “partial load” – covering basic lighting, fans and some communication and electronic equipment.

“Moving away from the DG set to solar rooftop requires a change in mindset,” he said. “If power outage is less than a hour a day then the very definition of ‘full backup’ needs to be changed. For tens of minutes of outage, even for the high-end societies “partial load backup’ should be sufficient.” 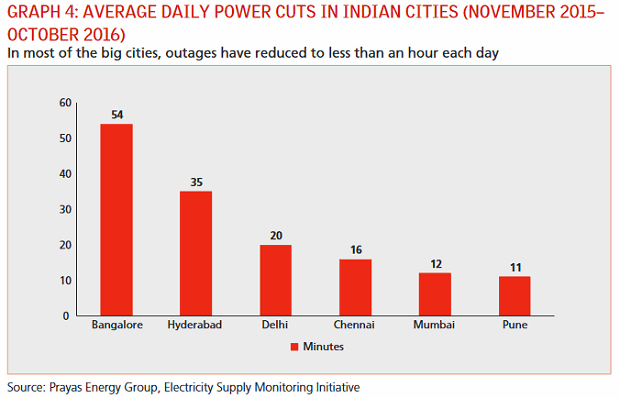 After calculating the economics of making the switch to solar across residential communities in Delhi, Haryana, Uttar Pradesh and Rajasthan, the report concluded the cost of electricity from rooftop solar would be roughly half that of existing diesel generation. The calculations took into account factors such as financing and generation cost, architectural and roof space preferences and building by-laws.

These savings would be enough to encourage many people living in residential communities to replace their DG sets with cleaner rooftop solar systems – and to accelerate uptake, CSE recommends the Indian government provide subsidies for hybrid solar energy sets, along with banning DG units in multi-level apartment buildings.

The report estimates that converting India’s residential communities from DG to rooftop PC could add 3 GW of new solar energy systems in the next five-to-seven years, making the policy an important contributor to the government’s national rooftop solar target of 40 GW by 2022.

The full policy brief can be viewed here (PDF).

If implemented, the policy wouldn’t be the first in India with regard to mandatory solar. In 2015, the government of northern state of Haryana announced all buildings occupying 418 square metres or more must install rooftop solar power systems.